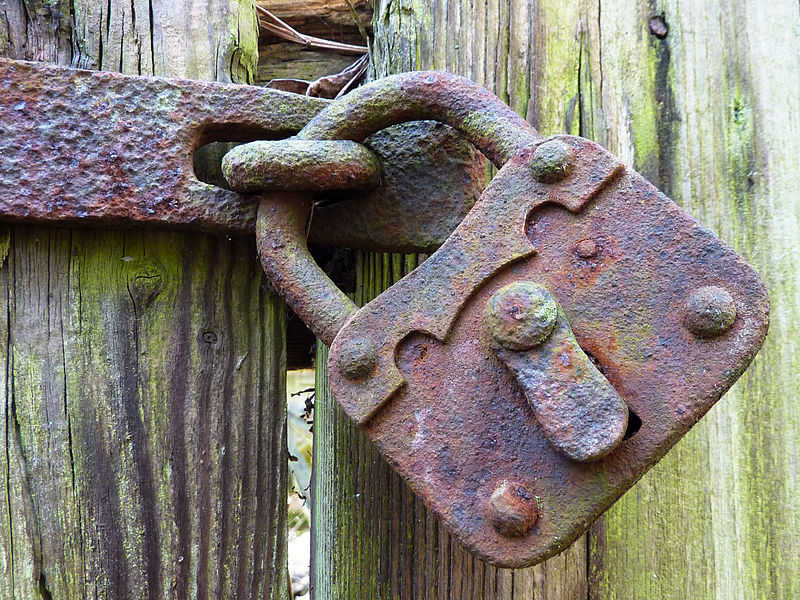 “They forgot to turn the ice machine off again,” said Brandy.

“Call the owner,” I responded.

A couple of weeks ago during our first night in the new place, we thought we had made a critical mistake. Starting at 11:00 pm and ending just after 7:00 am the next morning, the ice machine belonging to the downstairs restaurant had whistled, whined, and wailed on fifteen minute intervals throughout the night. The next day after an email, some phone calls, and a talk with our downstairs neighbors, we settled on a solution. The ice machine would be run after sleeping hours and before business hours. Why before business hours? It turns out customers don’t enjoy the rapturous noises of uneven water pressure either.

“Hi Ms. R.  Yeah, someone forgot to turn the ice machine off in your restaurant. I think I can get in if that’s okay? So, have your permission. Okay. We’ll handle it.”

When you are in the physical security field, at some point you learn about locks. You’re taught this primarily not because you need to know what kind of locks to use in certain situations, but because the people you work for will at regular intervals lock themselves out of places unintentionally. Being the only guy in the building who has training, you are expected to be able to pick a master lock off the boss’s gym bag (hammer, lock-pick, pair of scissors) as well as crack a 500 lbs safe with a state of the art, digital, spin dial lock (drill, thermal lance, 20 story drop).

“We’ll start at the back door. Nothing like having the added pressure of picking a lock in my pajamas on a main road,” said me as we closed our apartment door and rounded the corner of the restaurant.

I pull the door. “What the…?? I know I heard the bolt slide. Let me turn the plug back.”

Jason: “I’m in, let’s turn it off that scream machine!”

The Crisis, An Encore

As we enter the restaurant, we walk to the back and quickly find the circuit breaker, turn off the ice machine, and realize that the back door has two more locks on the inside than is apparent from the outside. It turns out I don’t own a lock-pick for large, steel, sliding bolts.

“Alright. Looks like we’re done. I’ll turn out the lights if you want to go back up,” said I as the realization hit that I would now have to pick the lock shut.

“We’re locked out,” said Brandy as I try to pick the lock shut.

“Yeah, it seems our new apartment locks behind you when you leave.”

Breaking In, An Encore

If there are two weaknesses I have when it comes to picking locks they are:

The latter weakness was making itself quite apparent as I continued to work on the lock to my own residence. After five minutes of struggle, it occurs to me. We’ve yet to lock the windows for the night.

“Don’t try to climb up there in your PJ’s. Let’s get the ladder around back,” said Brandy as I readied my spider monkey abilities.

Me as the screen and window go up: “I’m glad I got some experience doing this with dad.”
Me Quieter: “…except this time I don’t have to look for a shotgun barrel on the other side of the window.”

As the clock passed a quarter till one, reverse picking the restaurant lock was proving to be a challenge, especially since I had to stop every time a car, taxi, bicyclist, or wandering drunk passed.

Me: “There has got to be another way.”

Brandy: “Can’t we just get some string and tape, tie it around the inside thumb bolt, and pull from the outside.”

It’s wonderful to have someone around who’s a small part gypsy.

Brandy: “It better not take us that long!”